The guys closed the terrain park today so they could get lots of work done. One of our wonderful cat drivers, Justin, stuck around after his night shift to help build stuff.
Here's our new rainbow box which we'll be using for tomorrow's rail jam 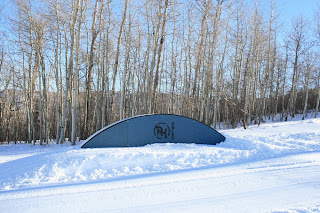 Then Justin started work on the deck and knuckle for the kicker. Here's what it looked like before he demolished it. 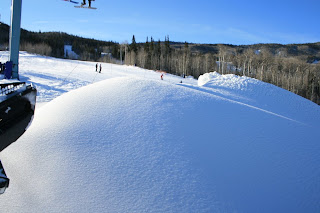 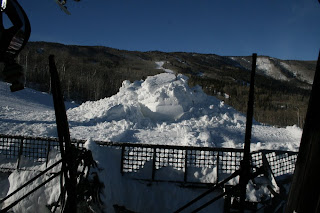 The view out my window. It's hard to tell but we were right on the edge of his little platform 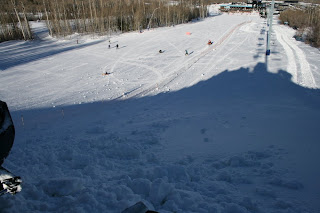 After widening the deck, he started adding length 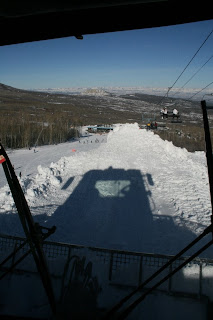 Pushing snow up to the edge 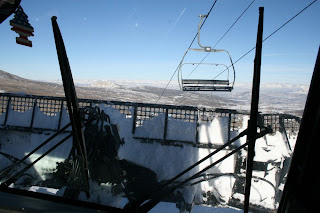 About to go over the edge to shape and groom out the landing. It got pretty steep! 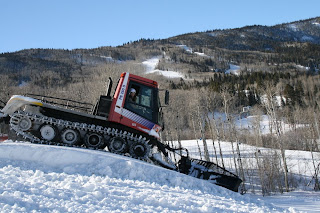 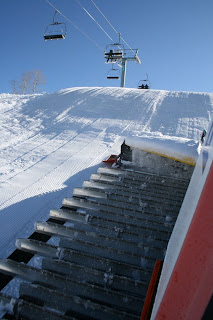 Next he pushed snow to make the lips. They'll be small for now and then get bigger as we get more snow. A smaller lip with a bonk is being installed on skier's right of the kicker. 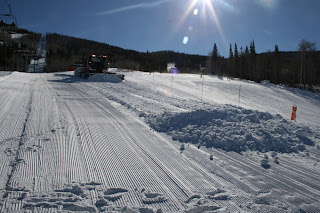 Next it was time to set some rails 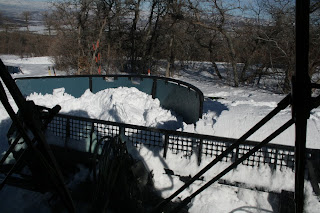 They're working on putting in the C rail, flat box, urban rail, kicker and bonk. Check it out tomorrow and we'll see you at the New Year's Eve Rail Jam. If it's nice out we'll do registration in the park at 2pm rather than the lodge ($5 to enter, open format).
UPDATE: Bear Claw is now open! Go check it out!
Posted by Powderhorn Resort at 12/30/2008 12:56:00 PM